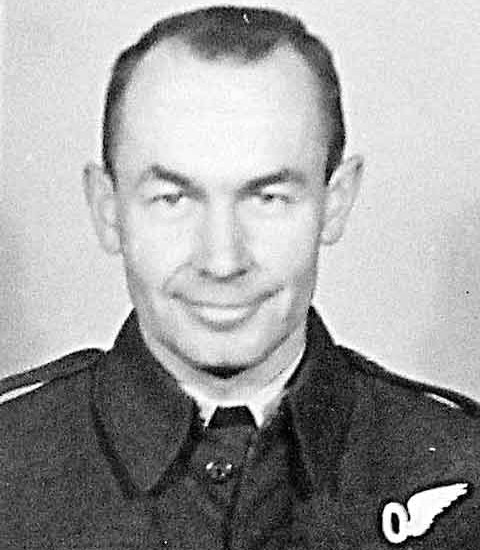 Flying Officer Nairn was born and raised in Winnipeg, Manitoba where he started working for the Royal Bank while still in his teens. He then moved to a mortgage company where he was a clerk and property inspector before enlisting in the RCAF on 4 March 1942.

Selected to be either a pilot or an observer, he attended No. 2 Manning Depot in Brandon, Manitoba for his basic military training before being sent to No. 2 Bombing and Gunnery School at Mossbank, Saskatchewan where he did menial duties while awaiting the start of his formal training, but would also have learned about the RCAF and what would be required to be successful as he interacted with other trainees undergoing training at the school.

On 19 July 1942, Aircraftsman Class 2 Nairn was sent to No. 2 Initial Training School in Regina, Saskatchewan where he would have learned the basics of flight and aviation engineering as well as service life. After undergoing testing on the Link Trainer he was selected to be an observer, being sent on 26 September to No. 1 Bombing and Gunnery School in Jarvis, Ontario where he would begin his formal training. Successfully completing the bombing portion of his training, he was posted to No. 10 Air Observer School at Chatham, New Brunswick where he would learn the navigation portion of being an observer. Highly proficient, he was commissioned as a pilot officer on graduation and was sent to No. 1 General Reconnaissance School in Summerside, Prince Edward Island to learn the intricacies of navigating over the ocean – Pilot Officer Nairn was bound for the maritime patrol world and its effort to find and sink U-Boats.

On 22 June 1943, P/O Nairn was transferred to the RAF and within a week was at No. 3 (Coastal) Operational Training Unit where he would find a crew and learn the latest techniques of anti-submarine warfare. He was posted to No. 179 squadron on 30 September 1943. Anti-submarine patrols were not without their risks. On 29 December, he was part of the crew that included fellow RCAF member Flying Officer William Leaming that had to make an emergency landing at Gibraltar.

On 14 June 1944, 179 Squadron Wellington HF309 took off at 10:59 PM on an anti-submarine patrol. An hour later, an emergency SOS transmission was heard, giving coordinates in the Wellington’s patrol area. No reason was given for the emergency; nothing further was heard from the aircraft; and no wreckage was ever found.

Flying Officer Nairn was 34 years old when he was killed.