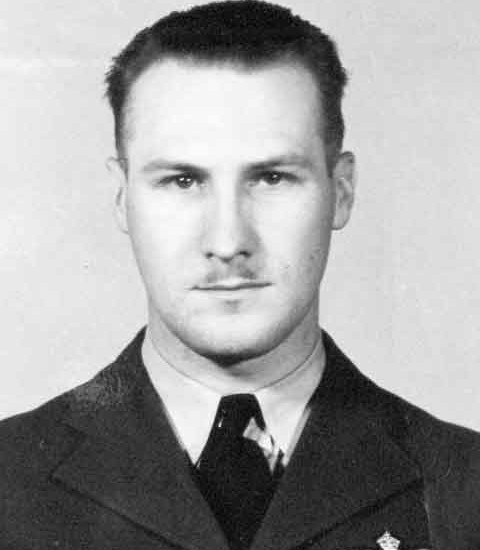 Flying Officer Johnson enlisted in the RCAF on 12 December 1941. He had already been serving in his native Hamilton, Ontario as a sergeant in the Argyll and Sutherland Highlanders. Placed on leave without pay because of a training backlog, Aircraftman Class 2 Johnson started his training at No. 5 Manning Depot in Lachine, Quebec (now part of Montreal) on 4 January 1942. With the training system still backlogged he was sent to RCAF Station Rockcliffe where he would do menial jobs and be inculcated in RCAF life. Finally, on 11 April he was posted to No. 5 Initial Training School in Belleville, Ontario where he learned the basic theory and mechanics of flight. Having been selected to serve as either a pilot or an observer, testing on the Link Trainer suggested he would make a good pilot.

On 1 August 1942 Leading Aircraftman Johnson was posted to No. 13 Elementary Flying Training School at St. Eugene, Ontario (near Ottawa) to become a basic pilot. On 10 October he was sent to No. 16 Service Flying Training School at Hagersville, Ontario to develop his proficiency in military flying, which included formation and night flying as well as precision navigation. On graduation on 12 February 1943 he not only earned his pilot’s wings but was also commissioned as a pilot officer due to his high ranking on the course. Having been selected for multi-engine aircraft Pilot Officer Johnson was sent on 19 February to No. 31 General Reconnaissance School at Charlottetown, Prince Edward Island where he served as an instructor for a short period before being posted overseas.

Pilot Officer Johnson arrived in the UK on 6 July 1943 but had to wait until 3 August before he was to begin operational training. At that time he was sent to No. 15 (Pilot) Advanced Flying Unit where he would bring his flying skills up to an operational level. This included training at No. 1371 Beam Approach Training Flight before finally being posted to No. 16 Operational Training Unit on 2 November 1943. Here he was to become part of a crew that include fellow RCAF members Sergeant George Mitchell, Flying Officer Nap Perry and Sergeant William Rodgers.

The purpose of an OTU was to prepare a crew for operational duty – to function together as a team and prepare themselves for what an operational flight was like. This was accomplished by having OTU crews fly minor missions such as mine-laying and leaflet dropping.

On the night of 25 January 1944, with their training almost complete, F/O Johnson and his crew took off at 7:22 PM in Wellington BK501 to drop leaflets on Granville, France. They did not return from this mission. Flying Officer Johnson was 24 years old, leaving behind a wife and two children from before his enlistment in the RCAF.