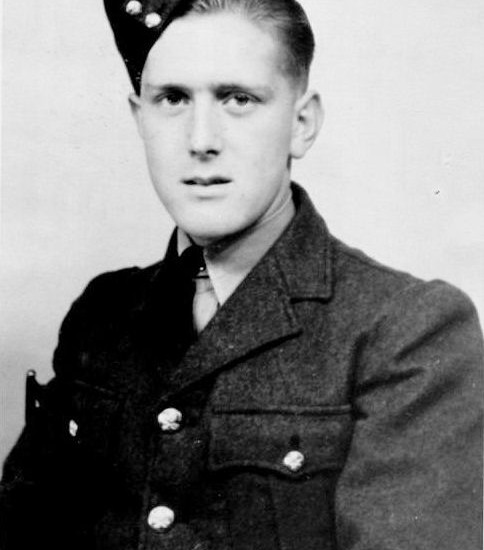 Gerald Frank Locke was born in 1922 in Sandown, Isle of Wight, he was the Son of Gordon Laurence Locke and Lottie Elizabeth Locke (née Coombes). The family lived at Belinda Villa, 29 Avenue Road, Sandown. He was educated at Sandown Secondary School and was later employed on the clerical staff of the I.W. Electric Light and Power Company and was well known in local football circles. He has played as a forward for Apse Heath and Sandown, and during the 1941 season had been assisting Cowes F.C.

On Saturday 5 June 1943 the weather sunny with slight ground haze, moderate NW wind, 4 aircraft of “A” flight took off from Ibsley, Hampshire at 11:05 on a shipping recco over the Channel and when 70 miles out ran into a fog bank extending from sea level to 1000 feet. The flight were near the Casquets Lighthouse area, when the order to turn back was given, but when emerging from the fog Sgt. Locke’s aircraft was seen to be missing. It was conjected that he hit the sea and went straight in. A search of the area was made but no dinghy was found, only a large patch of oil near the spot. He was posted missing presumed killed. (a note in the Operations record book states “a promising young pilot”. The other aircraft landed safely at 12:05