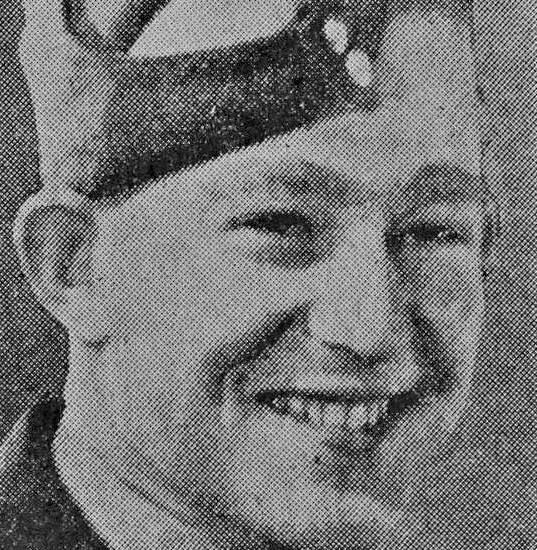 Stewart Brannigan was born at Carterton, New Zealand on 22nd August 1918, he was the Son of Ernest Cattle Brannigan and Kathleen Stewart Brannigan, of Kaponga, Taranaki, New Zealand. He was educated at the Dannvirke High School, where he gained his Senior Free Place. He played rugby, hockey and tennis, being a member of the 2nd XV at school and he was also interested in running.

After leaving school he was a member of the Kiwi Hockey Club, Masterton and also the Masterton Athletic Club. At the date of his entry into the Air Force he was employed by J.R. McKenzies Ltd., Masterton as a shop assistant. In 1936 he applied for enlistment in the permanent Air Force, but his application was deferred.

He applied for aircrew training in September, 1939, but did not enter camp until December, 1940, when he reported at the Ground Training School, Levin. He commenced flying training at No. 3 Elementary Flying Training School, Harewood on 9th February, 1941 on completion of his training in New Zealand in April, he proceeded to Canada for further training under the Empire Air Training Scheme.

On Arrival on May 16, 1941, he was posted to No. 32 Service Flying Training School, Moose Jaw, Saskatchewan, for further flying training on Harvard aircraft. He was awarded his flying badge and promoted to Sergeant on 26th September, 1941. He was later posthumously granted commission in the rank of Pilot Officer with effect from the same date.

In October, 1941, P/O Brannigan proceeded to the United Kingdom, arriving at No. 3 Personnel Reception Centre, Bournemouth on 11th October. On 12th November, 1941 he was posted to No. 61 Operational Training Unit, Heston, Middlesex, for operational training on Spitfire aircraft. On November 18, his aircraft crashed on landing, but he was uninjured. On February 1st, 1942, he was moved to Fairwood Common, South Wales, and on March 10 he was attached to No. 286 Squadron at Colerne. He flew Magister, Defiant, Hurricane and Spitfire aircraft on Army co-operation and other duties until on April 18 when he was detached to Exeter, Devonshire. On the 29th April he returned to No. 263 Squadron at Angle, South Wales.

He was posted to No. 118 Squadron on 6th May, 1942 at Ibsley, Hampshire. For the next month he was engaged on formation flaying and combat training until on 12th June, 1942 he was posted to No. 501 Squadron, Ibsley. For the next two months he was engaged on convoy and defensive patrols. On July 31 he acted as escort to Boston bombers in raids on the docks at St. Malo in France.

P/O Brannigan was pilot of a Spitfire Mk. Vb EP 128 which set out in company with other aircraft at 07:25 hrs. on 11th August, 1942, on a shipping reconnaissance off Cherbourg, France. When returning the squadron was attacked from behind by four Focke-Wulf 190 enemy fighters east of Alderney. P/O Brannigan’s aircraft was hit and was seen to be streaming with glycol, although the aircraft appeared to be under control. P/O Brannigan was heard over the Radio Transmissions to say “I am about to bail out”, but he was not seen to leave his aircraft. The other aircraft were taking evasive action and his No. 2 saw P/O Brannigan’s aircraft going down in a gentle glide and later about 5,000 feet was seen to turn onto it’s back and spin into the sea. An extensive search was conducted throughout the day by various flights without success. He was reported missing believed killed and his death has since been presumed to have occurred on that date. P/O Brannigan was just 23 and his body was never recovered.