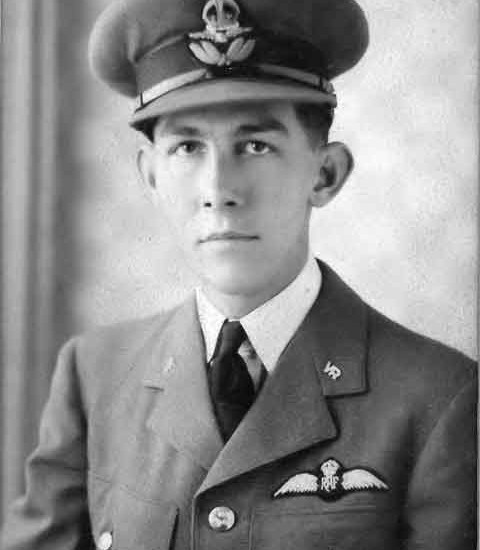 On Saturday 18 July 1942 an anti-shipping strike was conducted called Roadstead 25. This consisted with  4 Hurribombers (Converted Hawker Hurricane’s able to carry bombs) of 175 Squadron with 6 Supermarine Spitfires of 501 Squadron, who were tasked with attacking 2 motor vessels and 4 armed escort vessels off Alderney.

Between 16:44 and 17:55, A convoy consisting of two unknown Motor Vessels (MV’S), en-route to Alderney with armed escorts the Vorpostenboot’s V204 Ex-Zieten and V209 and Hafenschutz boats FK04 Seehund and FK05 Notre Dame were just off the French coast, moving out away from the protection of the land near Cap de la Hague when they were attacked by four aircraft of 175 Squadron in Hurribombers and six Spitfires of 501 Squadron, they reported one MV sunk, the other damaged, one Flak ship sunk and another damaged. A V204 moored in Braye Harbour During the action one of the Hurribombers was shot down, this was Flight Lieutenant  Robert Alexander Upshur (service number 100996) just 23 years old of the Royal Air Force Volunteer Reserve was in Hawker Hurricane Mk. IIb BE473, his body was never recovered. Two of the bombs dropped along with substantial cannon fire hit the V204 which was considerably damaged, and this is suspected to be the suggested Flak ship that was reported sunk, this short action left 3 dead on the V204, the other Flak ship must be the V209 which had 11 injured men. Other craft also suffered damage and injury with the  FK04 having the captain and 1 OT soldier slightly injured, along with a an unusual report of a soldier from Battery Mirus being reported missing overboard, FK05 was severally damaged by bombs, 3 crew were severally injured and 1 slightly injured. FK05 in fact was so badly damaged that it had to be towed to Alderney by V209 and on arrival at Braye harbour, Alderney the FK05 subsequently sank. The FK05 was temporally repaired and pumped out and re-floated at a later date.