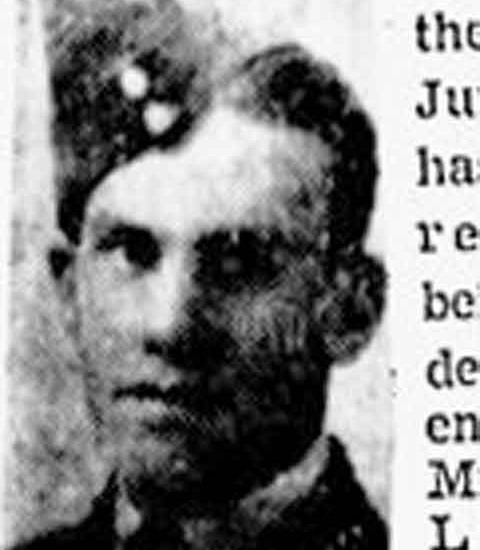 Flight Sergeant McLachlan was born to a Canadian father and Scottish mother in Spokane, Washington, USA. The family moved to Vernon, British Columbia while he was still young, which was where he was living when he enlisted in the RCAF in Vancouver on 25 October 1940.

Selected to be a pilot or an observer, he attended No. 2 Manning Depot in Brandon, Manitoba before going to No. 6 Air Observer School at Prince Albert, Saskatchewan while awaiting his formal RCAF training. This commenced on 27 January 1941 at No. 2 Initial Training School at Regina, Saskatchewan where he learned the basic theory and mechanics of flight as well as being tested in the Link Trainer to test whether he had the ability to be a pilot – he did.

On 3 March he was sent to No. 8 Elementary Flying Training School at Sea Island Airport, Vancouver, British Columbia.  Upon completion of this course he was sent to No. 10 Service Flying Training School at Dauphin, Manitoba where he would learn the military aspects of flying, such as formation and night flying and precision navigation. On 16 July he graduated, was promoted to sergeant and was posted overseas.  On 14 August 1941, Sergeant McLachlan was transferred to the RAF and on 14 October posted to No. 56 Operational Training Unit. On completion of his training on 16 December, he was sent to No 43 Squadron.

On 15 March 1942 he was posted to No. 245 Squadron but was quickly posted to No. 175 Squadron flying Hurricanes. By this time he had served long enough that his leadership skills had been noted and on 22 June 1942 he was medically examined for consideration for commissioning. This was not to be.

On 29 June 1942, Flight Sergeant McLachlan and one other aircraft from 175 Squadron took off to attack German shipping off Cherbourg. The attack was conducted amid heavy anti-aircraft fire and on reforming, F/S McLachlan’s aircraft was missing. Flight Sergeant McLachlan was only 20 years old when he died. His brother, Lieutenant D.H. McLachlan was also killed during the war while serving with the Seaforth Highlanders of Canada.
Royal Canadian Air Force
29
Jun
1942
Roll of Honour > Timeline > Royal Canadian Air Force > McLACHLAN, William John Andrew